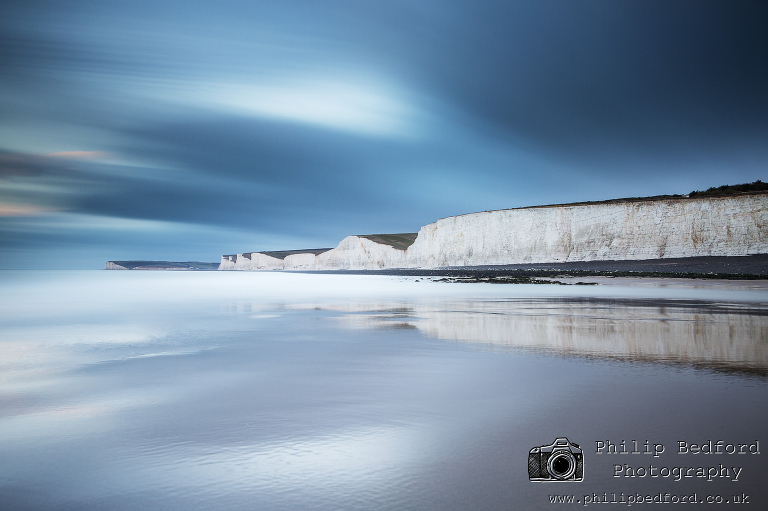 Seven Sisters from Birling Gap I

A cloudy forecast meant that I wanted to try and use long exposures to blur the movement of the cloud across these iconic cliffs on the South coast. A lower tide also meant that I could get some reflection in the wet sand with a low angle shot. 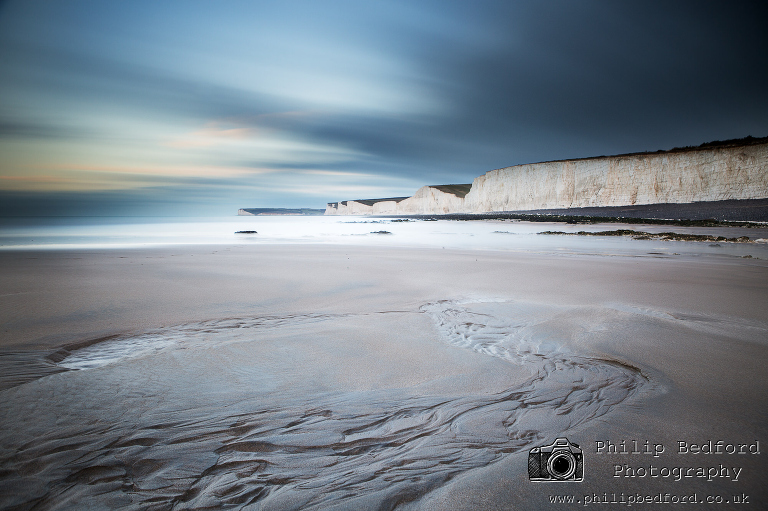 I have recently bought a new tripod, a Manfrotto MT290XTC3 Carbon Fibre, which has a rather nifty feature of being able to invert the central column and get really low to the ground, something my previous tripod was lacking in. I was able to concentrate on details in the extreme foreground, such as these patterns in the sand and some seaweed. I really had to bury the tripod into the sand in order to get a crisp image with such a slow shutter speed. 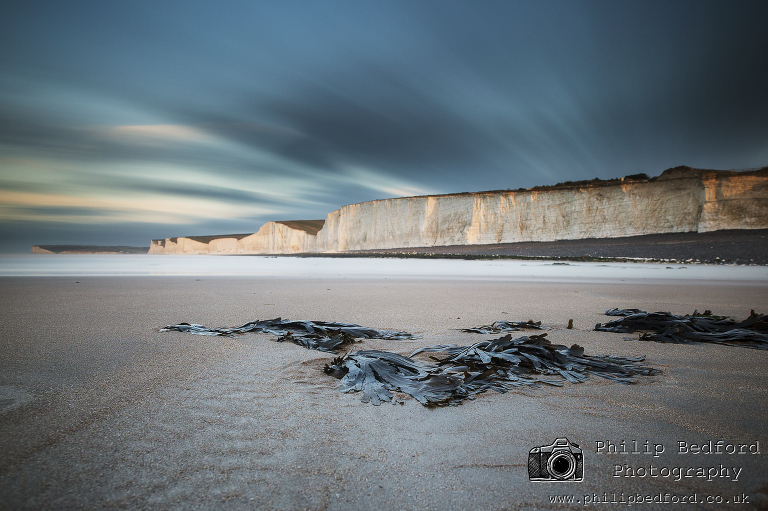 Here’s a comparison of the shot, with and without the Lee Big Stopper filter to really slow down the exposure. The main image (above) benefitted from a bit of extra light from the sunrise just peeking through the cloud to add texture to the cliffs. This image has also had some extra processing in Photoshop to balance the colours and contrast.