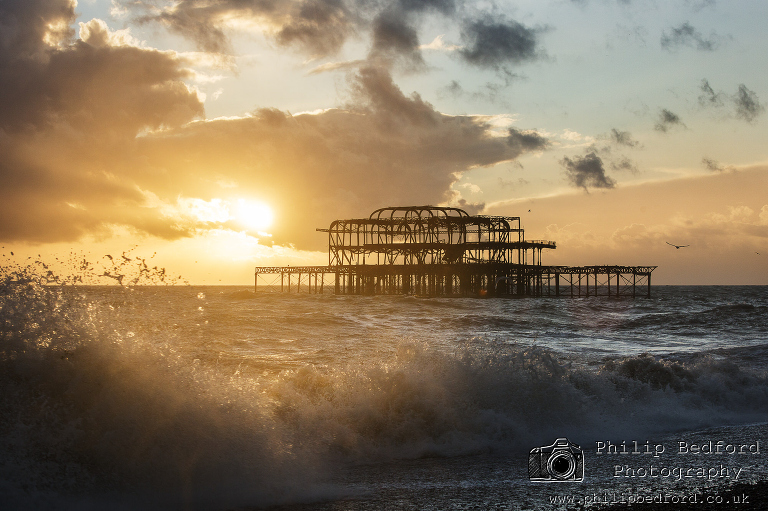 This landscape photography shoot of the West Pier in Brighton was very windy, with changeable weather and rain coming in mid way through the shoot. Arriving at the West Pier at a few minutes before golden hour, the wind was throwing spray off the rough waves right onto the camera lens. I started by shooting further away with a longer focal length and a fast shutter to capture the waves against Brighton beach. 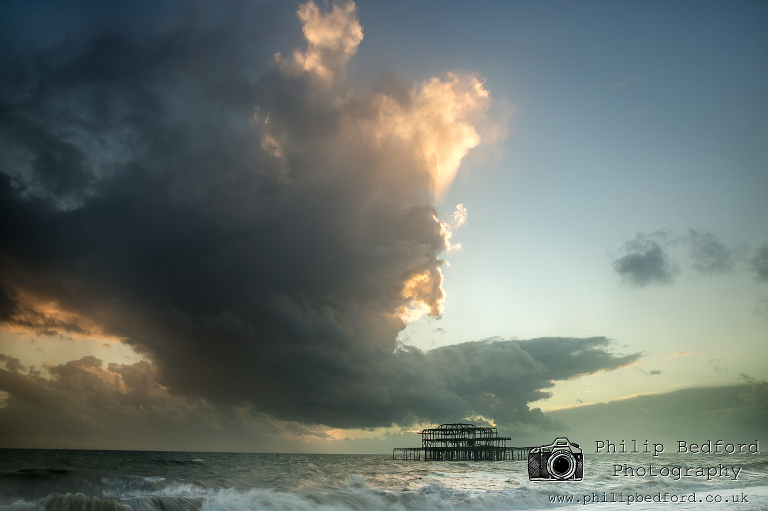 AS it was so windy, the clouds moved quickly across the sky. These rain clouds coming in created a really dramatic sky, before halting my shoot as the heavens opened above! After the rain passed, the blue hour started after sunset and the birds descended on the west pier structure to retire for the evening. Below, a starling murmuration battles with the seagulls to find space for all the birds on the structure. 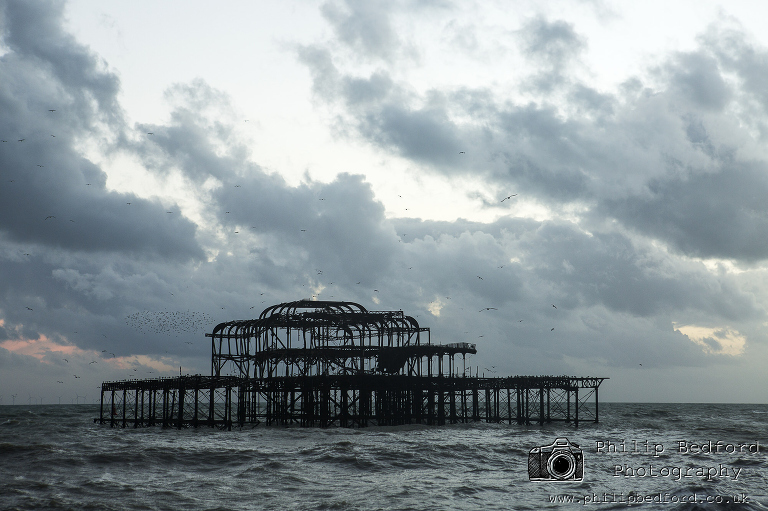 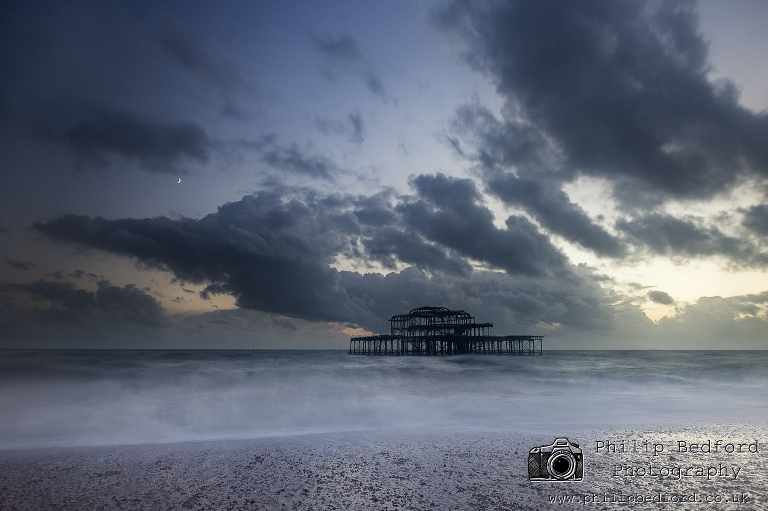 After the rain had passed, the seas seemed to mellow just enough to try a slightly longer exposure with lower wind and waves. This shot is around 2 seconds, and I loved the ethereal effect of having the moon and the fading light in the same shot.