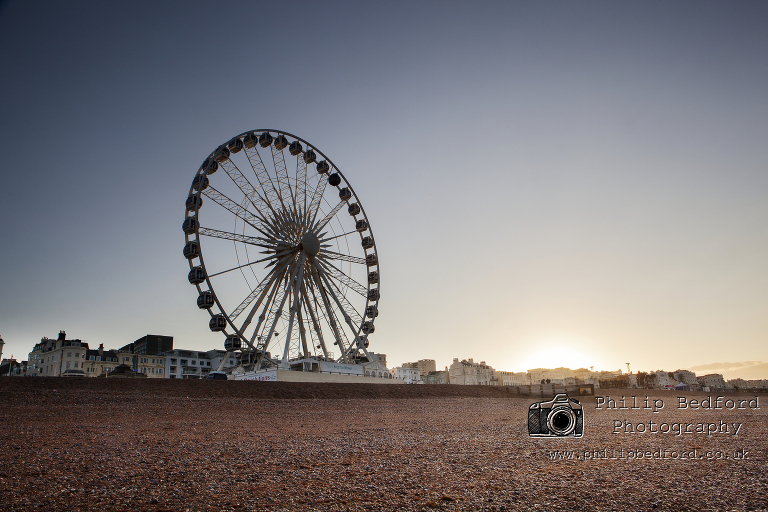 This summer shoot of the Brighton Pier and Brighton Wheel were shot around 10 months ago. I try not to photograph the obvious subjects too much, as they’re so overdone, but I enjoy the challenge of trying to make a unique image of something that’s been photographed almost to death.

On the subject of death, sadly, this wheel has been taken down, as it was only contracted for 5 years. You can see the sunrise coming up just over the buildings in the left hand third of the photo. There are also a couple of people just sitting watching it which I thought was a nice detail, but it’s quite hard to pick out unless you have a keen eye. This is shot with an ND hard grad 0.6, which reduces the exposure in the sky by 2 stops, to preserve detail and expose correctly for the beach. 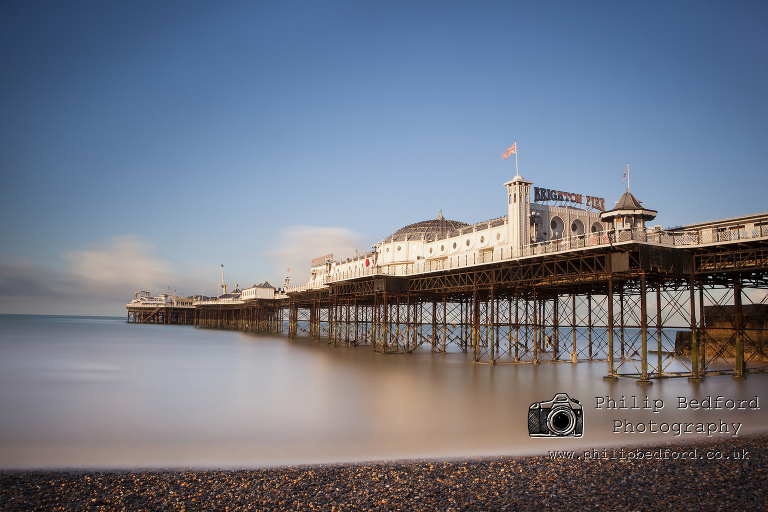 I’d decided to shoot some more images of the pier, as the weather the first time around was quite cloudy, and I wanted to see what it looked like when the first light of the morning illuminated the structure from the east. As this was in the summer, the sun actually rises behind the buildings of Brighton, to the north east, so this is about a half hour after that first light. I’ll be revisiting again in the winter in order to try and get that very first light and see who it looks. This shot is taken with the ND Big Stopper, so the exposure is around 4 minutes, to give the water the smooth texture you see above.