Last June, I hiked up Mount Caburn, near Lewes at around 3.30am to catch the sunrise. Though the view from the top wasn’t as good as I had hoped, I still got a couple of shots I really liked. 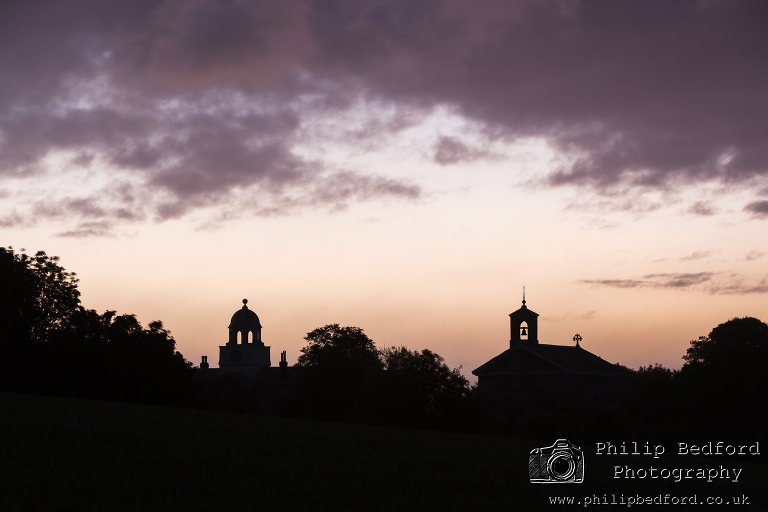 On the way up the hill during the magic hour before sunrise, I spotted these two small towers inspired by classical architecture. Their silhouette against the colours of the sky created a nice contrast. 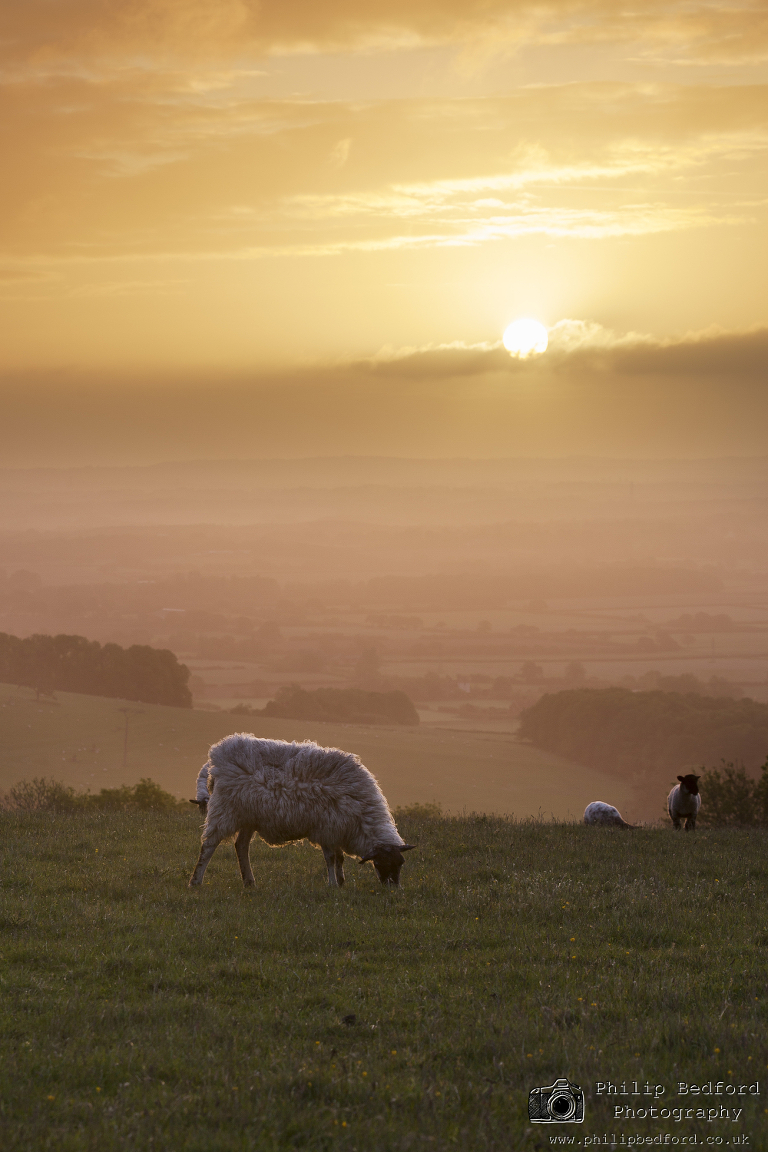 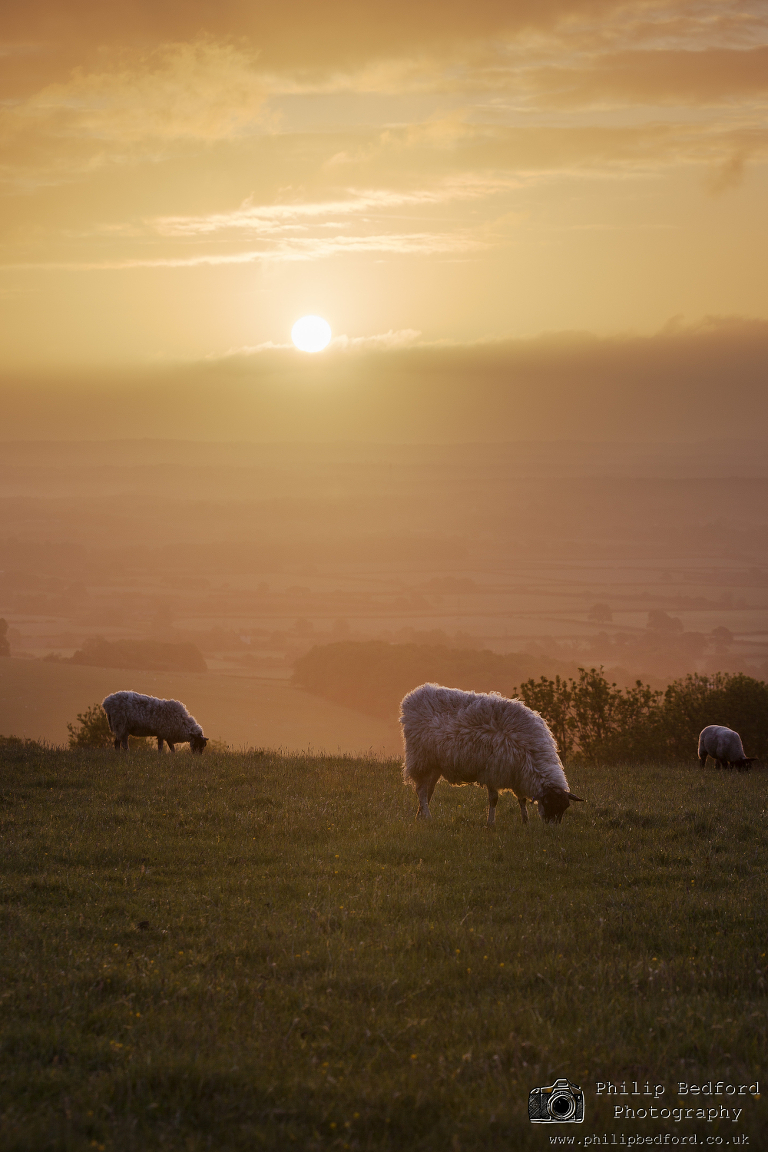 At the top it was immensely windy, surprisingly chilly for a June morning and there wasn’t actually that much to see. This was also before I really started to plan where the sunrise would be and plan my shoot accordingly so I was a little lost at the top. I did find some sheep for company, and despite placing my tripod leg in sheep dung and consequently placing my hand on said tripod leg without realising, I did get two nice shots at sunrise with the sheep in the foreground. I decided to take tissues with me on shoots after that.

On the way back down, a bit out of the wind, I also shot the landscape looking toward the East over Glynde village. 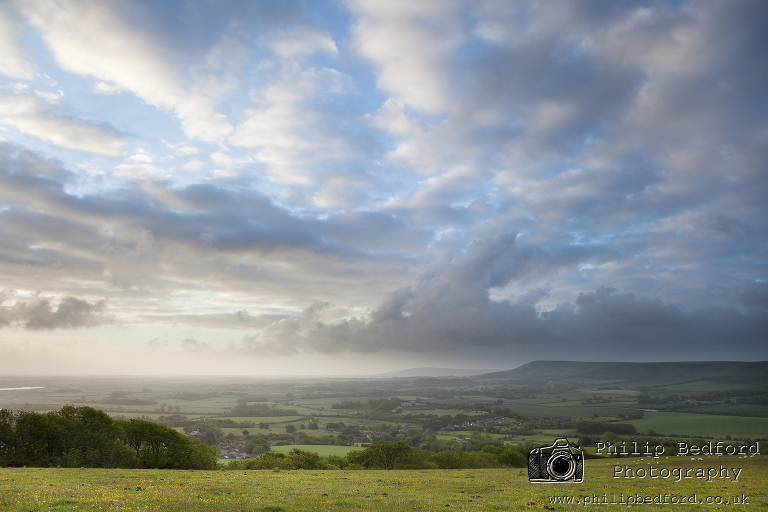 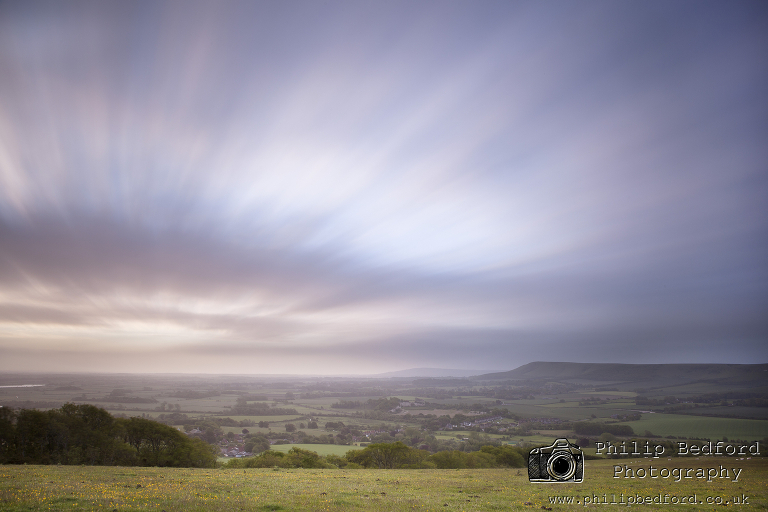 I finally experimented with the Big Stopped ND filter to reduce the esposure time and get some nice streaky skies with the morning colours.