Brrr… It was cold this morning! But a few friends of mine have bought me some thermal socks that are like a duvet for your feet! They even have a tog rating! So it was actually quite pleasant to be outside on such a frosty morning. I had spied both of these landmarks off the A272 near Cowfold and Wisborough Green and had been wanting to photograph them both for a while. I was unsure what the weather would do this morning and it didn’t disappoint. A layer of thick frost made for some great wintery scenes. 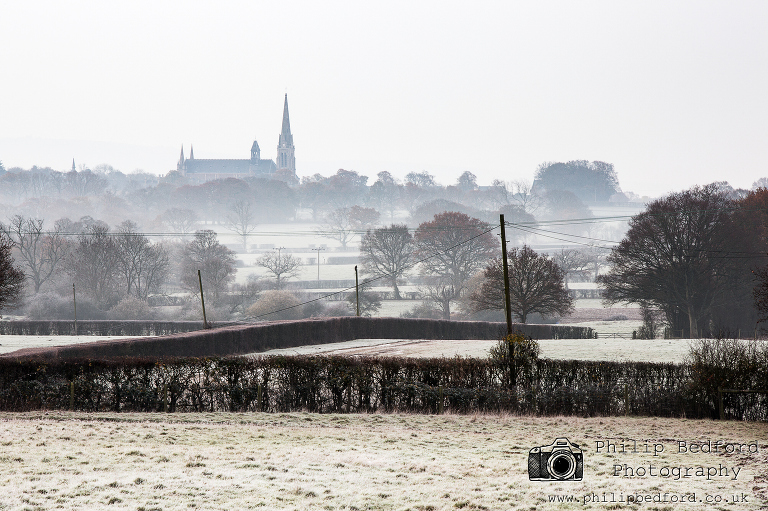 Using a long focal length helped compress the landscape and bring all the fields and trees forward in the shot to give a layered effect of hedgerows and fields with the spire in the background. On the telegraph pole in the very centre a bird of prey sits observing this winter scene of Sussex fields. 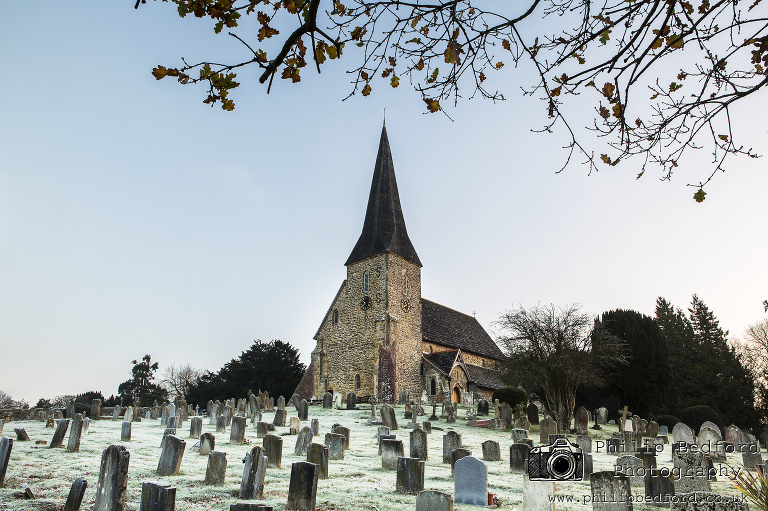 This church rises on a small mound (I wouldn’t call it a hill) which gives it such a different aesthetic to most churches I’ve photographed in the past. It’s also surrounded by a picturesque fence running around the grounds perimeter, right next to the A272 in Wisborough Green. I opted to be closer in, next to the fence, with some of the last leaves of Autumn hanging into the shot to frame the otherwise symmetrical scene.