It’s the most wonderful time of the year! Well, this blog post isn’t exactly Christmas related, but as we’ve just passed the Winter Solstice I’ve been spending a lot of time at the beach these past few weeks. That’s because the sun rises to the South in winter and the light conditions are much better for photographing seascapes at this time of year. These landscapes taken at Rye Harbour are a great example: 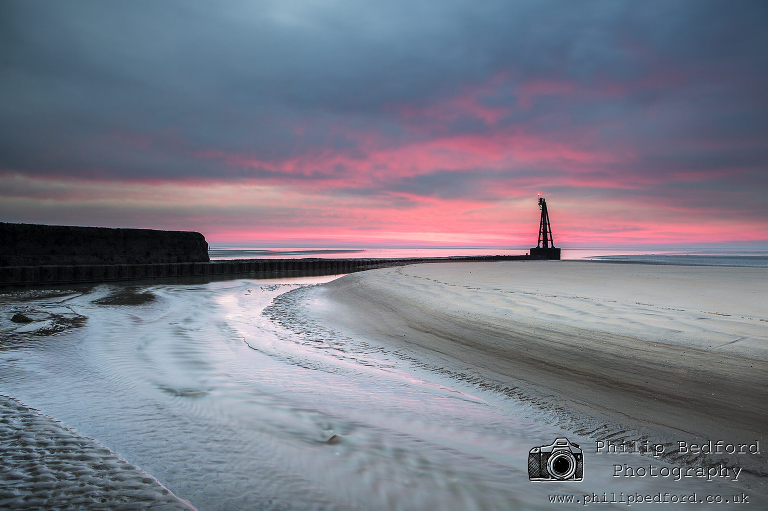 On arriving at the harbour, I could see a faint red glow in the sky before dawn. It was so peculiar that I thought it might be light pollution when I first saw it. As the night slowly turned into dawn, the red sky became more intense and created these terrific colours around the breakwater at Rye Harbour. I’d deliberately visited at low tide to capture the landscape in the shallows around the Rother estuary. 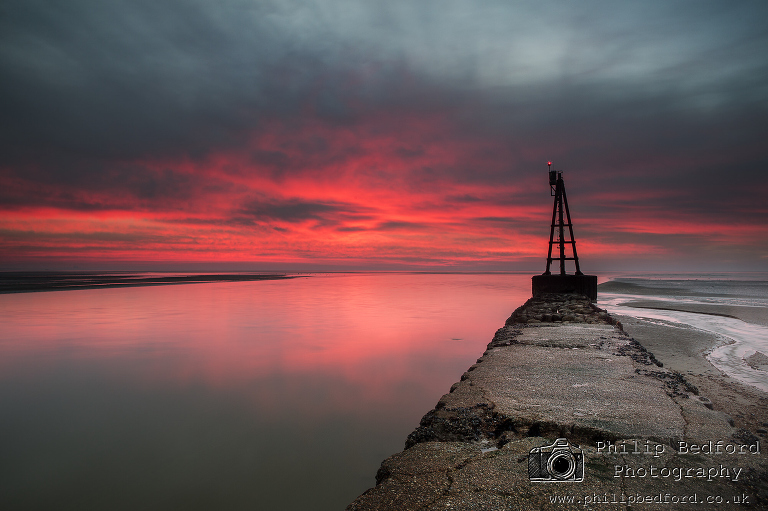 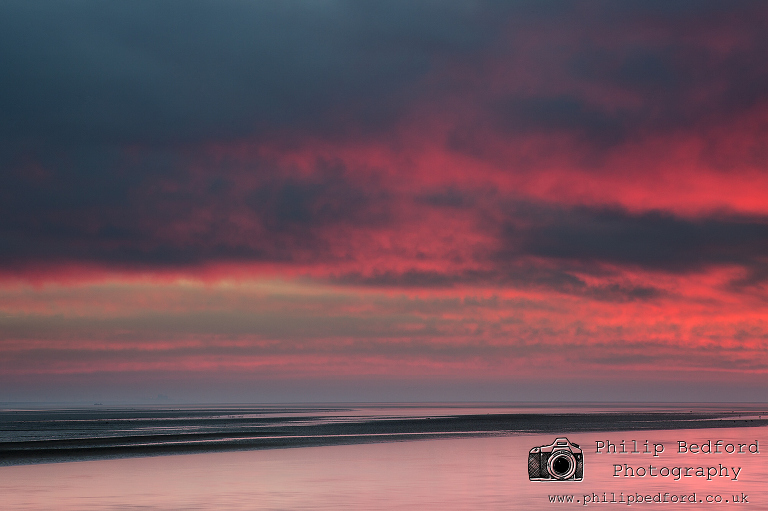 The shallows of Camber sands just to the East looked amazing in the early light and this minimal landscape concentrated on the patterns and colours created in the stillness of the morning. 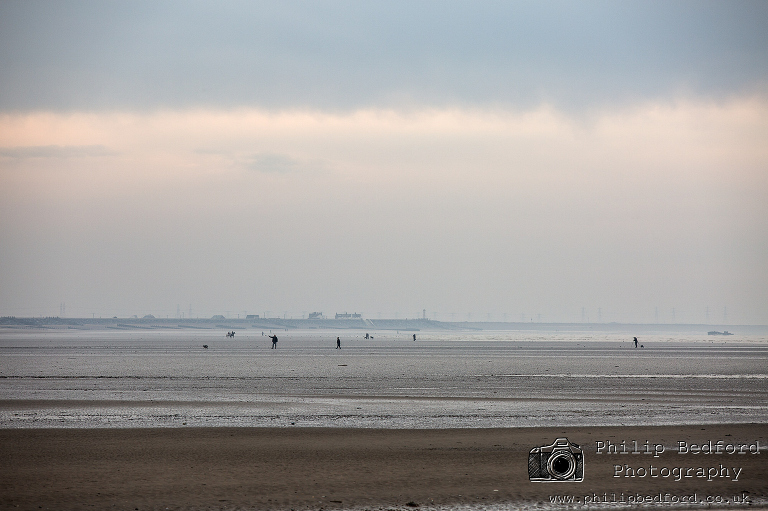 There wasn’t actually a sunrise in the end, the clouds became thicker and blocked out the sunlight to create flat lighting for the rest of these shots. Using a telephoto lens, I wanted to capture the silhouetted figures enjoying an early morning on the beach. 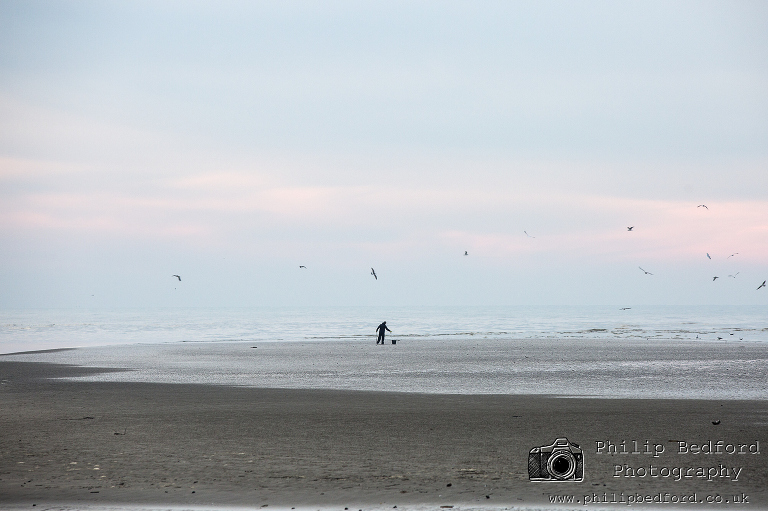 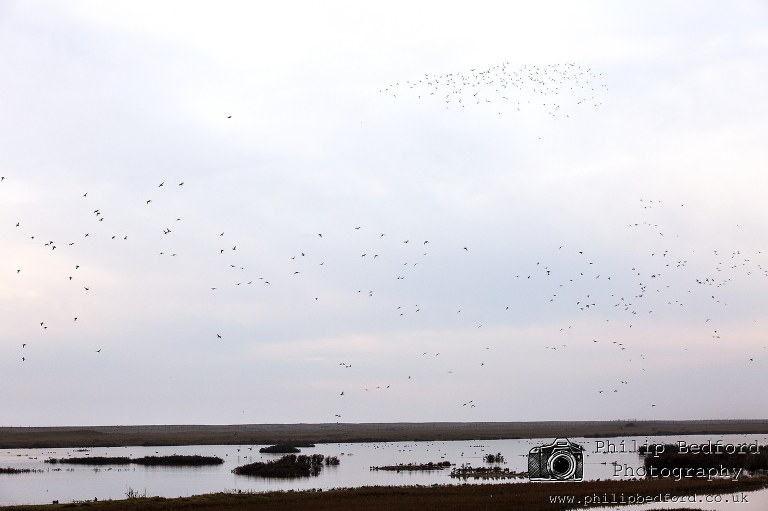 On the way back, I thought I’d stop in the bird hide over the marshland leading up to the beach. I’m not a wildlife photographer, and I wasn’t sure if there was a shot here, but there were so many birds dancing across the sky that I thought I’d capture them against the blank canvas of light clouds.